New Zealand | Milford or Doubtful Sound: Which Cruise Will You Choose?

Located in the southwest of the beautiful South Island in New Zealand do you find both Milford Sound as a Double Sound. Two special and unique places to look out for! Now you may have limited time during your New Zealand trip and can only do one of the two cruises. The question then is; which cruise do you choose?

Also read: The 10 Most Beautiful National Parks in New Zealand | Nature at its best

From where do you visit Milford Sound or Doubtful Sound?

Let's start at the beginning. because Fiordland National Park (Location here ) is quite remote and not easy to reach. There are two places from where you can visit the fjords namely, Queenstown en Te Anau. There are several providers in both Queenstown and Te Anau that can take you to both fjords. I myself made the Doubtful Sound Cruise from Queenstown via Go Orange NZ. Milford Sound I did in combination with the Stray bus, which takes you to the harbor in Milford Sound.

Queenstown (location here ) is a popular spot on the South Island from where many day tours and excursions depart. The same goes for Milford and Doubtful Sound. Not planning on traveling much further south than Queenstown? Then it makes sense to book a day tour to one of these fjords from here. Keep in mind that the travel time will be a lot longer than if you would depart from Te Anau. From Queenstown it will take you about 4 hours to travel to Milford Sound and if you want to go to Doubtful Sound it will take you about 5 hours before you arrive at the boat.

Te Anau (location here ) is often referred to as the split into Milford or Doubtful Sound. It is a small town from where several tours depart and you can also stay overnight if you want to reduce the travel time to the fjords. From Te Anau you can reduce your travel time from 4 hours to just under 2 hours. For Doubtful Sound, this is from over 5 hours to 3 and a half hours.

As I had a bus pass from Stray and Milford Sound was part of the bus ride, I didn't have to arrange transport from Te Anau or Queenstown. The Stray bus left Queenstown early for Milford Sound. That night it had rained a lot, so there were many waterfalls to see. Something you really want to see there! Luckily the weather was very good at that time and the sun was even shining. This actually gave us the best of both worlds.

Before we arrived in the harbor of Milford Sound we had to drive through a mountain area. At an altitude of 945 meters you will find the Homer tunnel. This 1.2 km long tunnel was opened in 1953 and is also considered the gateway to Milford Sound. The tunnel was constructed using explosives and that has certainly not always been without danger. Because the tunnel is not wide enough for oncoming traffic, there are traffic lights on both sides to ensure that everything runs safely. While we were waiting we saw a few more local friends hopping by: the Kea bird!

Once out of the tunnel you really get to see a beautiful spectacle. I think this has been one of the best moments of my trip in New Zealand. When you come out of the tunnel you see a beautiful valley stretching out in front of you. The bus then had to go down a few turns to reach the valley and from there we continued our way to the harbor of Milford Sound. A wonderful cruise followed. Milford Sound is clearly more touristy than Doubful Sound, but it is certainly no less beautiful. You will also find the famous Miter Peak.

We had to get up early because we had a long day ahead of us. A visit to Doubtful Sound from Queenstown takes at least 12 hours! Around 7:XNUMX am I was picked up by Go Orange in Queenstown, from where we started our first part of the journey. From Queenstown we left for Lake Manapouri. A bus trip of about two and a half hours that passed us Lake Wakatipu and Te Anau brought.

Once arrived at Lake Manapouri the first boat trip started. The Doubtful Sound Cruise does not consist of 1 but 2 boat trips. The crossing on Lake Manapouri, which took about 45 minutes, is necessary to get to the West Arm Visitor Center arrive.

From there, another bus trip of about 45 minutes followed Wilmot Pass. A mountain pass that goes up about 671 meters, giving you a beautiful view of Doubtful Sound. This is where the actual cruise finally begins! The cruise lasts about two and a half hours and if you're lucky you might see dolphins or seals along the way! It was a great trip and because it had been raining we saw a lot of waterfalls along the way. We returned to Queenstown around 8pm, tired but satisfied.

Also read: Round trip New Zealand | All the beauty of the world in one country

Which cruise do you choose now?

Ultimately, it depends on what you want to see and expect from the excursion. Personally, I liked Milford Sound better than Doubtful Sound. It is a lot more touristy than Doubtful Sound, so if you don't like that then Doubtful is a great alternative.

In addition, I found the road to Milford very impressive, but that does not alter the fact that it was also beautiful at Doubtful. A day trip to Doubtful really means being on the road for a day and I didn't like that in the end. Although the journey there is part of the adventure, I might have chosen to do the tour from Te Anau to reduce the travel time.

A personal choice, because they are both beautiful destinations. If during the backpacking in New Zealand If you have the time and money to visit both then I would definitely recommend it! Do you want to know more about my journey through New Zealand? Please take a look at my website: www.theworldisonmylist.nl!

Hi! I'm Iris, founder of theworldisonmylist.nl and like many of us, very travel addicted! After studying tourism I went backpacking through New Zealand for 5 months and my love for travel has grown even more. I now make as many trips as possible and I like to share my adventures with you through my blog and social media.

When you visit beautiful New Zealand, you should not miss the special coastal town of Kaikoura (location here). The city, which is about 2,5 hours from Christchurch, is mainly...

Although Wanaka is not very big, there are plenty of fun activities to do. This way you can make beautiful hikes, stroll around the center, enjoy the beach and learn to fly yourself! Wondering what kind...

Spain is a favorite travel destination among the Dutch. Almost always sun, beautiful beaches, excellent tapas and overwhelming cities such as Barcelona, ​​Madrid and Seville lend themselves perfectly to great... 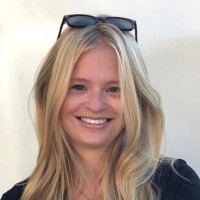